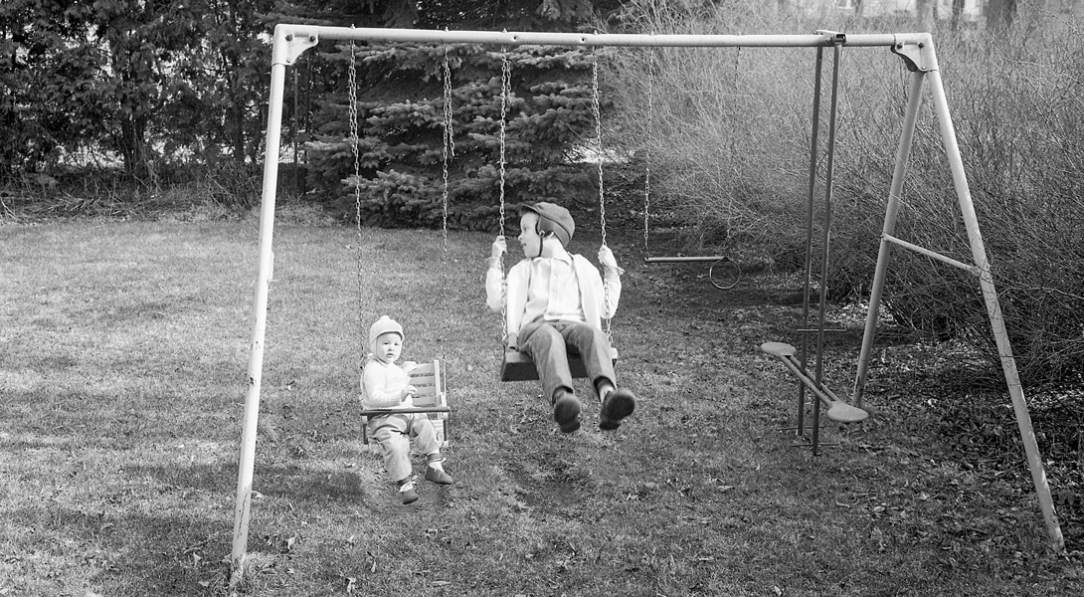 It’s hard to believe that the concepts of play and playgrounds are relatively new in our history.  The theory that play is an integral part of human development only started to emerge towards the end of the nineteenth century. Before then, children were required to work in fields or factories, therefore public playgrounds did not exist. In the modern world, this is a hard concept to digest as play is such an important part of our children’s lives — from when they wake up to when they go to bed. It’s hard to imagine a world where climbing structures, swings, slides, or play dates did not exist. In this blog, we outline the progression of how playgrounds have evolved to become an important part of entertainment, exercise, and development for our children.

In 1885, Frederick Froebel — who created the first kindergarten — recognized the importance of play for children’s development and introduced the first public play space in Germany. He believed that children needed to have physical contact with natural materials like dirt, sand, and water. As a result, play spaces began to emerge in forms of sand piles – also known as sand gardens. This trend spread to the United States and many kindergartens and nursery schools added natural play areas to encourage sensory activity.

In 1906, the Playground Association of America was established to help promote the importance of public playgrounds within all communities. They emphasized that play is essential to the health, physical, social, and mental well-being of children. As cities became overcrowded due to the Industrial Revolution and waves of immigration, leaders recognized that playgrounds could be a solution to cramped spaces, social isolation, and a refuge for homeless children.

At this time, playgrounds had separate sections for boys and girls and they required special instructors who were trained in organized play to oversee the children. Most playgrounds consisted of swings, seesaws, sandboxes, and slides constructed with chains, galvanized steel pipes, and ladders— all of which are now considered dangerous. These playgrounds were known as “model playgrounds”.

In the 1940s, a new concept emerged — adventure playgrounds. These included unconventional structures that encouraged imagination and free play. Instructors were no longer required to oversee every public play space.

In the 1950-1970s, novelty playgrounds started to emerge to promote creativity like rocket ships and tunnel mazes — all still made out of metal.

In 1978, playground safety regulations were established after an increasing number of playground injuries and lawsuits. By 1981, new regulations were adopted across the U.S. that addressed the safety concerns of using metal materials. As a result, playgrounds made a shift to plastic equipment with rounded edges.

Since the 1980s, playgrounds continue to stretch our imaginations with exciting themes, interactive elements, and ADA accessible equipment. Backed by research to support the impact play has on a child’s development, landscape architects and park and recreation directors are more focused on creating interactive and dynamic play spaces for children. Read our blog on The Benefits of Play for Child Development.

Here at SpectraTurf, we are proud to take a stand in helping to create play spaces for people of all ages and abilities. We are dedicated to safety — and we are confident in our safety surfacing systems because of our involvement with the International Playground Equipment Manufacturers Association (IPEMA) and the American Society for Testing and Materials (ASTM). If you would like to know more about the systems we offer, contact us today.
Contact Us